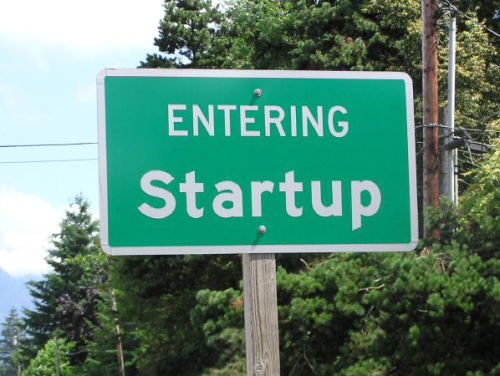 Common wisdom is that 9 out of 10 internet startups fail within the first four years of operation.  The reasons for failure are varied.  Among them are: (1) poor execution; (2) no viable market; (3) too much leverage; (4) under-capitalizing the business; (5) lack of competitive advantages; (6) competing head-to-head withindustry leaders; (7) picking a niche that is too small; (8) breakup of the founding team; (9) poor pricing strategy; and (10) growing too fast.

Non-technical entrepreneurs with innovative ideas have a new foe to grapple with even before they get off the ground: convincing a programmer to build your killer app.

How crazy is the demand for engineers?  Google paid a staff engineer $3.5 million to turn down Facebook’s employment offer.  That’s more than Delicious Founder Joshua Schachter just received from Union Square Ventures and Andersson Horowitz for his new stealth social project!  There simply aren’t enough capable engineers with creative minds to go around.  Google has over $22 billion in its war chest.  Apple has a $50 billion war chest.  Facebook has $836 million in funding.

These industry giants have been squelching innovation recently by purchasing startups, not for their innovative ideas but for their engineering teams.  Take a quick look at Facebook’s acquisition history:

Although Facebook didn’t disclose the price tags on the majority of their acquisitions, we can assume that they spent around $100 million to bring on board about 25 top flight engineers.  That’s approximately $4 million per engineer.  That puts Google’s $3.5 million offer to keep a staff engineer in perspective.

Paul Graham and others basically mandate that all startups have technical co-founders to have the best chance of success.  So how can a first-time entrepreneur with an idea and hustle compete?

1. Find Undiscovered University Talent: There is an incredible wealth of talent in universities and a ton of these engineers don’t yet know their worth in the marketplace.  Attend your local computer science department’s mixers, networking events and conferences.  Hangout with the students and pitch your idea.  You’ll be surprised by how bored the most talented students are with their schoolwork.  Plenty of engineers in college have ideas of their own, so convincing them to believe in your startup is the biggest challenge.

2. Learn How To Do It Yourself: Most investors won’t bat an eye at a startup without a working product.  It doesn’t have to be pretty.  It has to be functional.  Pick up a book and teach yourself how to program.  It’ll be the best investment you can make.

3. Go Work For Someone Else: It is almost as difficult to build a strong sales/business development team as it is to build a rockstar engineering team.  Startups in New York, Boston, and the Valley are having trouble finding ‘A’ players for their sales and biz dev teams.  No, it won’t be your idea.  No, you won’t have nearly as much equity as the founders.  Get over it.  If you do fantastic work for a startup that truly breaks out you’ll work with engineers who will say ‘yes’ when it’s your turn to take the lead.

I leave you with a random quote from the end of Pacquiao-Margarito 24/7 that I found particularly insightful:

“A fighter was once asked what defined him? He held up his fist in a familiar pose. He knew other ways to answer. Far beyond the sports of boxing, identity could be among the most fundamental of struggles. Deciding who you are, determining how you like to be known, resolving how you’ll be remembered. It’s a set questions, these two men are answering. Striking in different ways.”

Find out what you want from entrepreneurship and go get it.

What’s An Entrepreneur to Do?

5 thoughts on “What’s An Entrepreneur to Do?”